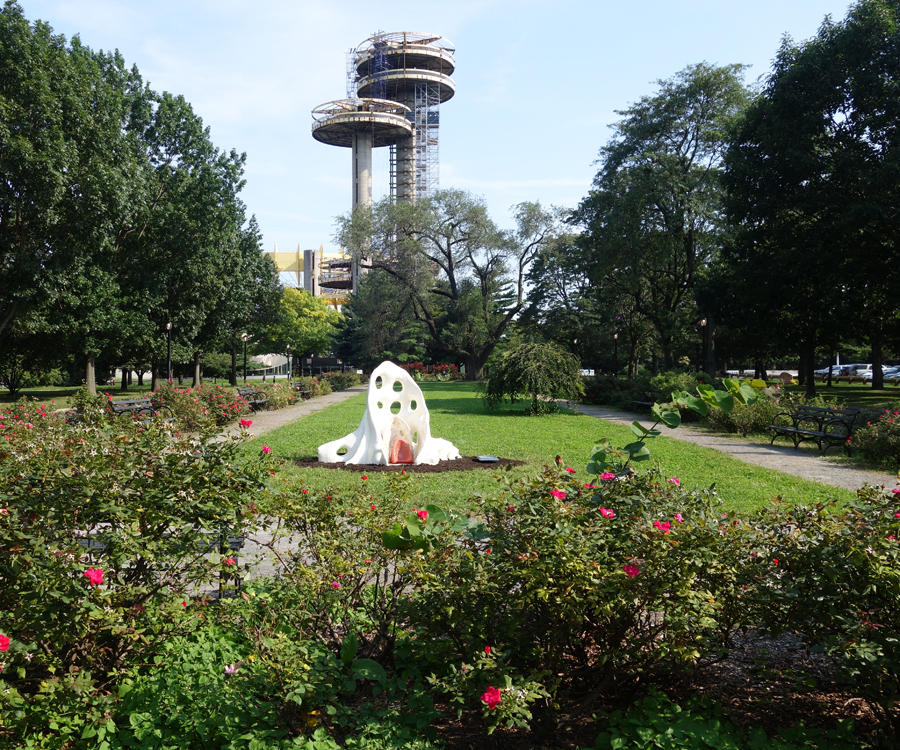 Forget about the chicken and the egg. What came first between art and science?

Part of the NYC Parks Art in the Parks program, Endangered Fossils depicts an imagined archaeological excavation of New York State’s fossil record. It ponders the ecosystem’s origin and human roles, relationships, and responsibilities to it.

The sculptures are inspired by trilobites, brachiopods, and crinoids that thrived 400 million years ago during the Devonian period. (Similar to crabs, clams, and starfish, these organisms lived in marine environments akin to modern day coral reefs.)

Want to learn more? Modrak will discuss her piece on site on Saturday, Aug. 21, at 1 pm. (The South Rose Garden is near the Unisphere.)

“I am very grateful to bring this project to life in Flushing Meadows Corona Park and struck by the many symbolic connections — from the Unisphere, to the Rose Garden, to the Tent of Tomorrow and Observation Towers of the 1964 World’s Fair,” the artist stated. “Equally symbiotic is that the site was formed during a glaciation period approximately 20,000 years ago as part of the Long Island terminal moraine and was much more recently an ash dump, only to be transformed into the majestic park it is today, like a phoenix rising!”

Modrak has exhibited in galleries and museums throughout the United States and Europe. Her seven-sculpture Our Memories was on Governors Island and in Central Park and Thomas Paine Park (below). Her permanent public piece, Fluid Pathways/Caminos Fluidos, has been in Spain’s Blanca community since 2019. 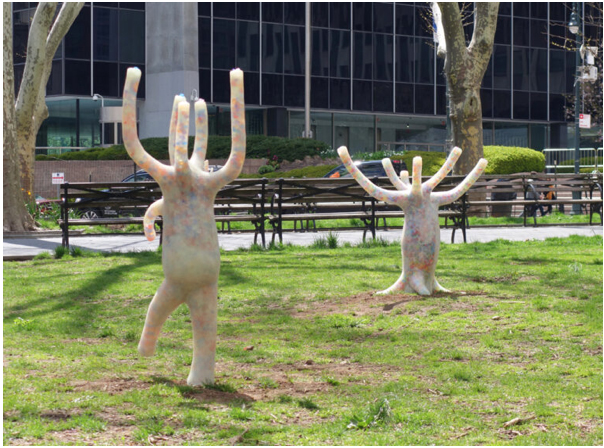