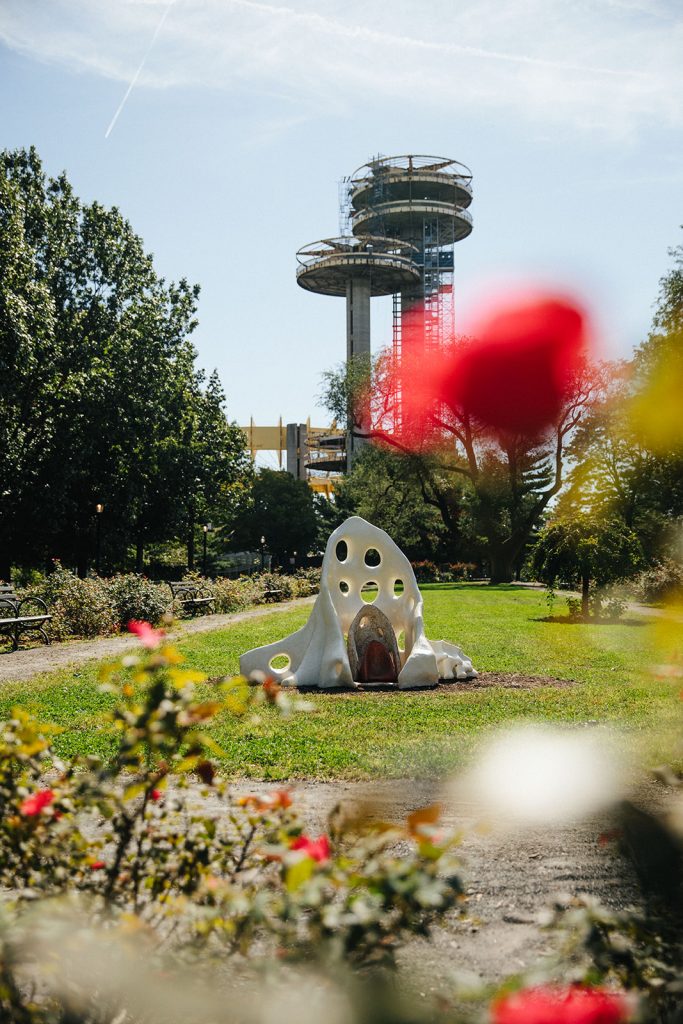 New Art in the Park: Endangered Fossils by Judith Modrak
Now thru May 2022
South Rose Garden (near the Unisphere)
1pm to 2pm

Endangered Fossils, installed this month by artist Judith Modrak through NYC Parks’ Art in the Parks program, represents an imagined archaeological excavation of New York State’s large fossil record. “The project ponders the origin of the ecosystem we inhabit and our role in it,” says the artist. “I am very grateful to bring this project to life in Flushing Meadows Corona Park and struck by the many symbolic connections — from the Unisphere, to the Rose Garden, to the Tent of Tomorrow and Observation Towers of the 1964 World’s Fair. Equally symbiotic is that the site was formed during a glaciation period approximately 20,000 years ago as part of the Long Island terminal moraine and was much more recently an ash dump, only to be transformed into the majestic park it is today, like a phoenix rising!” Meet the artist in person at her talk in the park on Saturday, August 21st at 1pm.