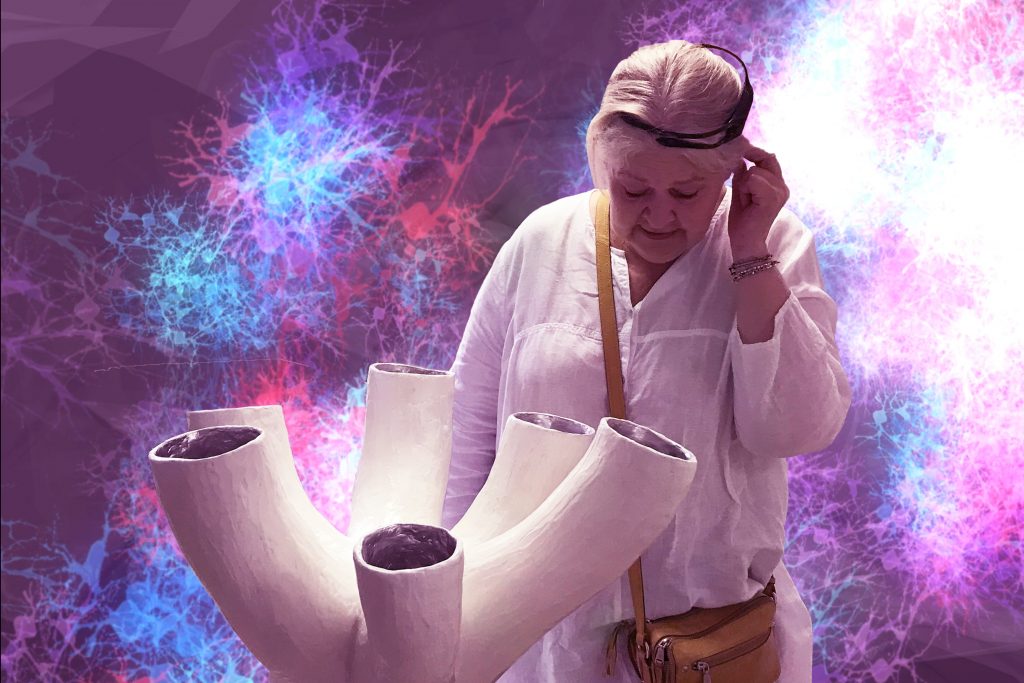 This past week’s Climate Week New York City convened citizens, activists and politicians — and also served as a moment for brands and businesses to tout sustainability initiatives. Even Hello Kitty had something to say about the need to address climate change. And while President Trump’s pending political woes and related headlines followed him from Washington to New York, Climate Week NYC aimed to oxygenate environmental issues via more than 100 city-wide programs and events. At the U.N., where Trump spoke earlier this week, policymakers and experts gathered for the United Nations Climate Action Summit, which served as a more “official” base for the week’s activities.

But events were spread out across the city and focused on a variety of topics and themes such as transportation alternatives, the benefits of wind farms, installing green roofs and indoor farming. The week’s business sponsors included heavyweights such as Bank of America, Salesforce, Unilever, Ikea and the Estée Lauder Cos. Inc., among others. At the New York Public Library, HSBC held a “Financing a Sustainable Future” conference, where trending topics such as blockchain, scaling up green finance and sustainable development came into focus. Its “Blockchain as a sustainability solution” discussion examined how the technology is revolutionizing industries worldwide through unadulterated transparency and traceability for each party involved in a single transaction.

Zoe Knight, managing director, group head at HSBC Centre of Sustainable Finance, said she sought out speaker Sofie Blaksted, lead researcher at the Sustainable Digital Finance Alliance, to help unlock the mysteries of blockchain. “We wanted to find out how blockchain could help facilitate the acceleration of investment across the globe, particularly in emerging markets,” she noted in her introduction of Blaksted. “Corporations and consumers both recognize the need to finance green,” Blaksted said. “But to get from where we are today is an exponential change, and to go from incremental to exponential requires a revolutionary approach. Luckily, the tools are now available.”

She then dove into the basics of blockchain, explaining that the technology “has many policies we can use to transform the green market,” due to its reliable and transparent nature. When describing the technology, Blaksted said, “Copies of transactions are copied to ledgers on every node in a network” — which means that digital ledgers record transactions in a series of “blocks” that multiply and spread to many computers within a network.

“[Blockchain] is really useful for recording transactions,” she added, as blockchain absorbs new transactions and simultaneously stores past data in the chain, resulting in a lengthy list of every transaction that took place for a single commodity. “Everyone is a witness to the transaction. And that means that every copy has a true and valid record of that transaction happening. And what’s more, in a blockchain, each block transaction is cryptographically signed and linked to a previous block, so you can’t historically transform it.”

Blaksted also emphasized that issuing green bonds — which fund projects related to environmental or climate initiatives — and using them in tandem with blockchain can help enable full traceability, as well as present investment and distribution opportunities to swiftly increase development in the green sector. At the U.N., the Sustainable Development Goals program hosted a “media zone” with boldface names and climate activists such as 16-year-old Greta Thunberg.

One thing quickly emerged during the week: the youth activism movement is unprecedented, especially toward sustainability and climate change. At the media zone program, Aidan Gallagher, singer, actor and the youngest-ever U.N. Environment goodwill ambassador, discussed his motivation to help with climate change.

A California native, Gallagher noticed an impact on the oceans where he surfed regularly at a young age and started using his platform on social media to educate his generation on the environmental crisis. Social media, he said, is the largest and easiest way to share information today. His advice to his followers wanting to contribute is to start by committing to one impactful action to avoid becoming overwhelmed.

Gallagher suggests trying “meatless Mondays,” saying a meatless diet is one of the most effective ways you can fight climate change. Gallagher says he started with a meatless day once a week and has now become vegan.

“One of the first things that I tried doing in terms of taking action on a personal level was trying this campaign called ‘meatless Mondays’ so one day a week I would try to adopt a plant-based diet,” said Gallagher. During a separate presentation, Sanrio Co. Ltd. launched a collaboration with the U.N. to promote the Sustainable Development Goals through a global video series on Hello Kitty’s YouTube channel.

“Hello Kitty is bringing her enormous fan base to our global efforts to educate young people, in every part of our world, about the Sustainable Development Goals, and why they should be involved in achieving them,” said Melissa Fleming, Under-Secretary-General for global communications, United Nations. The monthly series, #HelloGlobalGoals, was presented by Hello Kitty herself who said, “we need compassion to achieve the 17 goals.”

The YouTube series has already seen popularity in Japan, and through this partnership for global expansion, the series will share stories of what is happening as people implement the Sustainable Development Goals in every country. The series is set to release one video a month for the next year. Climate Action NYC runs through Sunday, and closes with an art installation on Governors Island. “Cartographies of the Mind” is described by organizers as “a participatory installation which visualizes the brain waves of viewers as they contemplate climate change, pollution and their relationship to planet Earth.”

“As the viewer’s brain waves reflect thought patterns over a changing aesthetic spectrum, they become the agent for the creation of the art experience, revealing the multilayered internal compositions of the landscape of the mind,” the organizers said of the installation, which is created by artist Judith Modrak (with research support from Julia Buntaine Hoel). 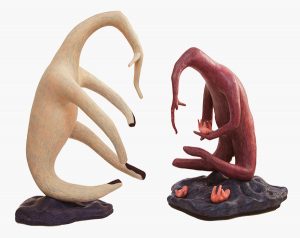 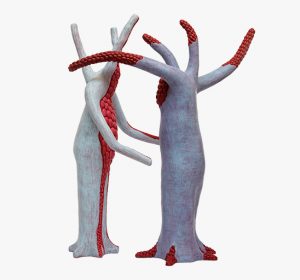 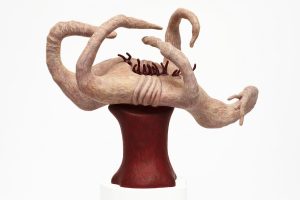 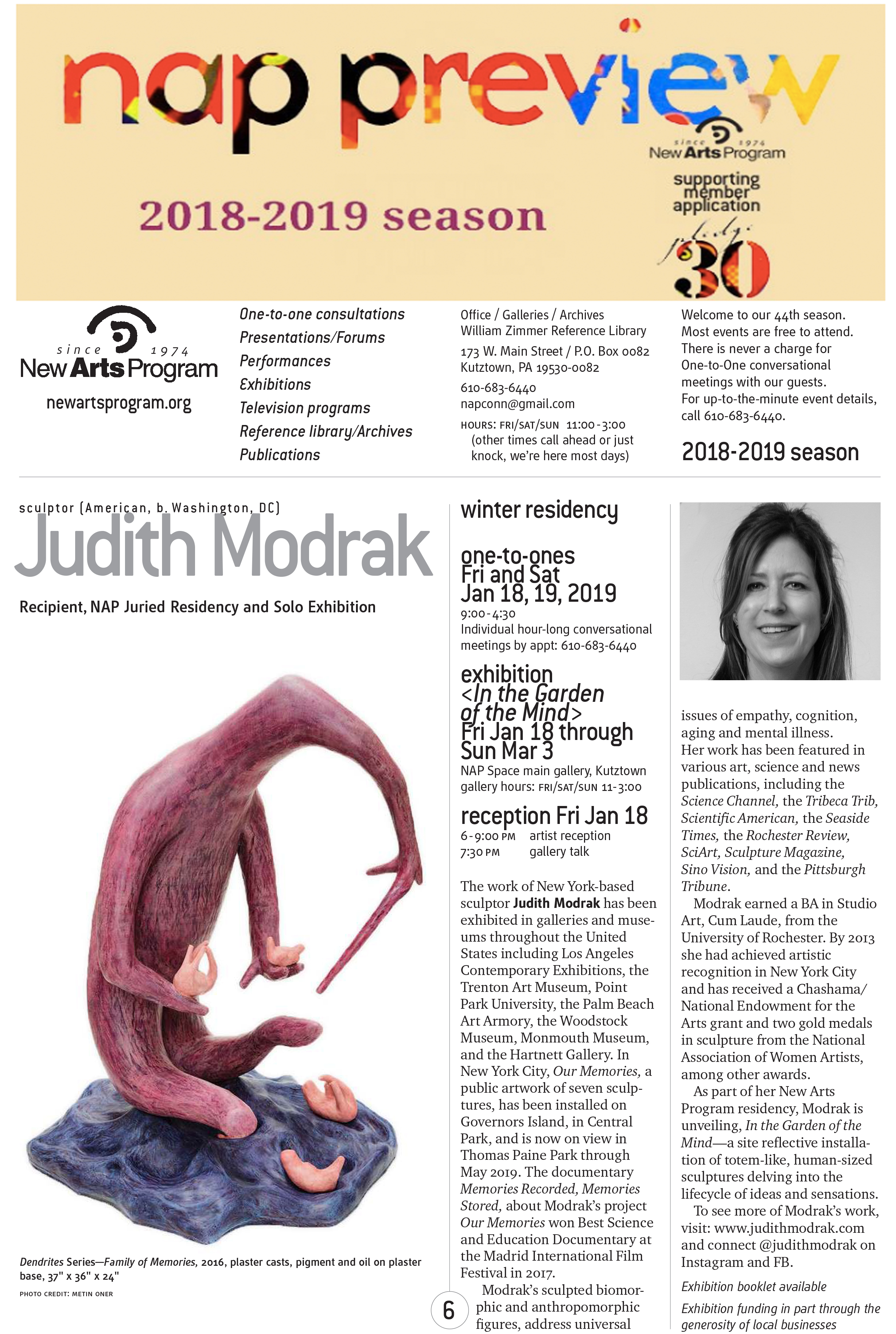 The work of New York-based sculptor Judith Modrak has been exhibited in galleries and museums throughout the United States including Los Angeles Contemporary Exhibitions, the Trenton Art Museum, Point Park University, the Palm Beach Art Armory, the Woodstock Museum, Monmouth Museum, and the Hartnett Gallery. In New York City, Our Memories, a public artwork of seven sculptures, has been installed on Governors Island, in Central Park, and is now on view in Thomas Paine Park through May 2019. The documentary Memories Recorded, Memories Stored, about Modrak’s project Our Memories won Best Science and Education Documentary at the Madrid International Film Festival in 2017.

Modrak’s sculpted biomorphic and anthropomorphic figures, address universal issues of empathy, cognition, aging and mental illness. Her work has been featured in various art, science and news publications, including the Science Channel, the Tribeca Trib, Scientific American, the Seaside Times, the Rochester Review, SciArt, Sculpture Magazine, Sino Vision, and the Pittsburgh Tribune. Modrak earned a BA in Studio Art, Cum Laude, from the University of Rochester. By 2013 she had achieved artistic recognition in New York City and has received a Chashama/ National Endowment for the Arts grant and two gold medals in sculpture from the National Association of Women Artists, among other awards. As part of her New Arts Program residency, Modrak is unveiling, In the Garden of the Mind—a site reflective installation of totem-like, human-sized sculptures delving into the lifecycle of ideas and sensations. To see more of Modrak’s work, visit: www.judithmodrak.com and connect @judithmodrak on Instagram and FB.